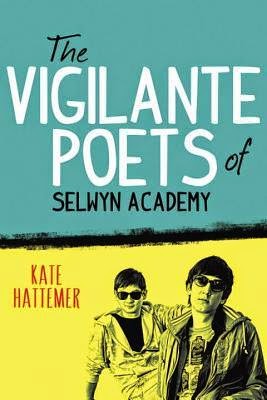 This review was originally published on 2/20/15.

Allow me to paint another picture for you. Seventeen year old Jordan in her parent’s living room watching rerun upon rerun of Laguna Beach and vigilantly trying to make all of heroutfits for school look as similar to Kristin’s (because obviously LC was overrated) as humanly possible for the upcoming week. I am a nothing, if not a reality television junkie. This is much to my mother’s dismay, but hey…RHONJ is better than 90% of any scripted drama on television. Seventeen year old Jordan LOVED this book, almost as much as twenty four year old Jordan did.

So many times in the past two or three years I’ve gravitated towards books labeled YA (Young Adult) that have such adult-style content, that I feel they’ve been improperly labeled. There has been some peculiar shift where so many YA books have main characters that are sexy, risky behaving “young adults” that are beyond the reach of many students/young adults gravitating towards YA on shelves. My favorite thing about this book, is how realistic and flawed the main characters are. Not once in the entire day or two I spent reading this book did I feel like I was reading a romance novel, a heartbreaking cancer ridden story, a dystopian trilogy, or something that I think is standard YA.

Ethan Andrezejczak, the male narrator/main character is none of the things a somewhat typical YA hero are. He’s certainly not smooth with the ladies, he’s not quite sexy, and the only clique he fits in with is the underachieving/underwhelming performers at Selwyn. He’s incredibly loyal to his friends, hilarious, an animal lover, older brother to triplets, lover of three, and reflective…I loved him.  He also pegs the book on the fifth page by stating that,

“It’s about reality TV, a desperate crush on a ballerina, and a heroic gerbil named Baconnaise. But mostly it’s about my friends. Please remember: not art, just life.”

As an English major, English teacher, and a resident Bibliophile this book made my reader’s heart very happy. For a lot of teenage readers, the Ezra Pound references and the poetry throughout the book could be a bit hard to grasp. However, as a graduate of the finest of arts, I am not entirely sure that anyone can ever really “grasp” Ezra Pound fully until they hold a doctoral degree. You can consider yourself a quasi-expert when you finish The Vigilante Poets of Selwyn Academy.

Selwyn Academy is a special high school for the gifted and talented students of the Arts. Ethan narrates our entire story with a grace and humor that I found to be sarcastic in the best way possible. Ethan’s average at music and average at drawing, but in a school where everyone is spectacular at something he frequently describes himself as Untalented. His dream girl is Maura, the ballerina. His arch nemesis is Miki F.R., a Broadway triple threat.  His best friend is an expert writer, and activist. Surrounded by so much exception, Ethan seems entirely content to be mediocre while others around him flourish.

Life is great at Selwyn, until kTV has decided to film a new reality television show, For Art’s Sake! at the school. The show is set to pit nineteen of Selwyn’s best students against each other every week (they compete in challenges weekly and every week someone is sent home) to win the grand prize…a $100,000.00 scholarship to the performing arts college of the winner’s choosing. The general feeling surrounding the television show filming at Selwyn is energetic. Aside from Ethan and his group of friends, who quickly realize that having TV crews filling the hallways and sending students into he-said-she-did editing situations had compromised the Art-Education environment they deserve and expect from Selwyn. Administration thinks they are foolish for raging against the machine, and after studying Ezra Pound in English (led by their favorite teacher, of course) the group decide to narrate the mishaps and hazards of For Art’s Sake! intrusion in their own long poem. They title it, The Contracantos, and it’s amazing.

These characters are absolutely amazing. You’re going to learn a lot about WitSOOTT (Selwyn slang term for Wikepedia-the-shit-out-of-that-thing) , a little about interrobangs, anaphora, and how to train a hamster to tight-rope walk. This entire book is really just wonderful, and I loved every minute of it. If you want to read a refreshing book where romance takes a back seat, English jokes fly, and teenagers take a real stand against their new injustice…you’re going to love this. Do you love literature? Read it. Do you love art? Read it. Do you enjoy dancing? Read it. Did you watch the movie Step-Up with Channing Tatum and enjoy the thought of going to a special school for talented kids? Read it!

Some of my favorite quotes?

“I have a strict policy of holding automatic grudges against people everyone likes.” (I think it was in this moment on page 2, I knew I loved Ethan.

“As for Elizabeth…I rarely even remember she’s a girl, but, like, objectively speaking, she’s got keen eyes and wild hair and some not insubstantial curves in the chesticular region.”