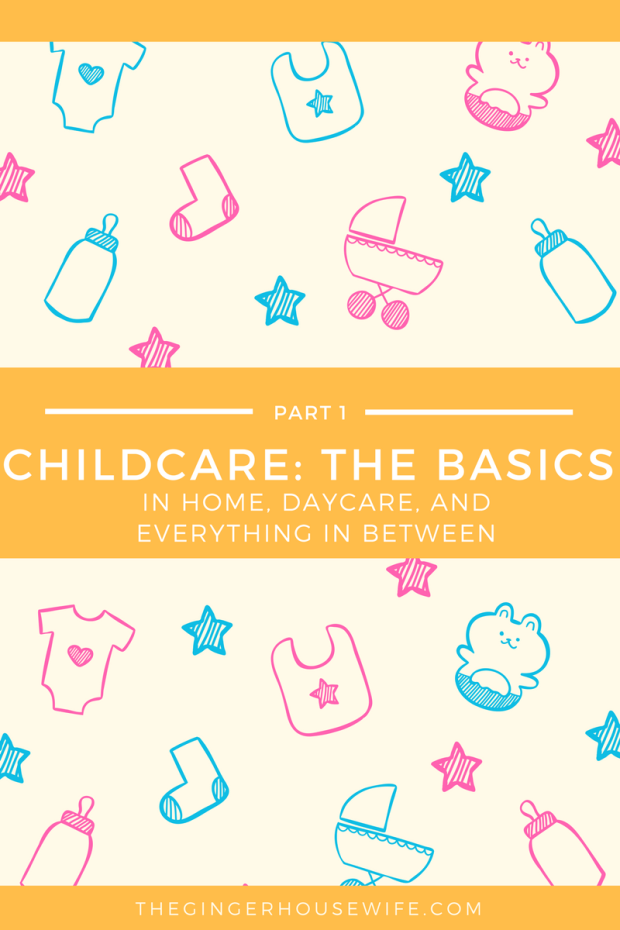 When we found out that I was pregnant we waited what seemed a short time to us, but a long time to others to share the news. I was fifteen weeks when we officially told people outside our immediate families, and the first thing that so many people turned back and said to me was, “Congratulations! If you’re going to work and not stay home, you should really start calling daycares.”

Obviously, I knew better. This handful of people couldn’t be serious. At fifteen weeks pregnant, there was NO way that I needed to start thinking about daycare options for my unborn daughter, right?

After calling around to a few places I realized that I was already about six weeks behind the curve, and that not only where there a ton of daycare facilities to choose from…but that very few of them had openings seven months out.

So what does a Type “A”, anxiety driven, and control freak like me do? I made a plan.

When do you need your childcare to begin?

The first thing I needed to do was figure out specifically when I needed childcare. You’ll need to do that too. Here’s how I did it.

I mapped out my maternity leave based on tentative dates like when I was due, how much time I would be under doctor care (probably 6 weeks) and how much time I was going to take for leave (8 weeks) and figured out specific dates and months I would need care.

As a teacher my school year runs from mid-August until the first week of June this year. I decided that I only “needed” childcare for about eight weeks, or all of April and May. My Gammy (Virginia’s Great Gammy) and my Mom (Grandmother name TBD) offered to step in and care for her the week of June that I needed them, and it made everything WAY easier.

Where will they go?

Next you need to figure out location. Where do you want your baby to be? Personally, I live roughly an hour from where I teach. I couldn’t imagine having my eight week old baby an hour away for me to cry myself sick  on the drive home should she be ill or need me. It just was not an option in my mind. So I started to check into daycare options local to my school.

We also decided that for long term childcare I really wanted her to be in a place with familiar faces, and local ones. She will be going to school in her home district in WV, so that’s where we knew we wanted to find a place for the beginning of the next school year. Dropping off a seven month old an hour away, versus an eight week old, just sat right with me.

What style of childcare works for your family?

The easiest decision for me was the one to be made regarding what type of childcare I wanted for my child. A lot of my coworkers have had great experiences with in-home providers, while I was pretty insecure about the idea as a whole. In my mind, and on paper, I weighed the pros and cons between an in-home provider, and a facility or center style provider. First of all, regardless of which avenue your family decides to go–please make sure that you are taking your child to a licensed provider.

Some of the “pros” of in-home:

If they have small numbers, there’s a likelihood your child will have more 1:1 time with the care provider.

It’s a warm environment, just like they are spending the day at a friend’s house!

Some places offer much better hours without extending into “before and after care” charges.

They are often run by parents, most often parents who are still in the “thick” of it themselves. So they understand when you show up covered in tears and desperation.

Less exposure to illness and the “yucks”.

Your child usually stays with the same single provider throughout their time with them. From infancy, to Pre-K, and beyond.

Some of the “cons” for in-home.

Most in home providers that I found local to me are a one woman show. This immediately flagged me about emergencies or vacations. If that ONE person gets the flu, I’m making sub plans (and I HATE making sub plans) to spend a day with my child…and they aren’t even the one that is sick. That alone was my deal breaker on in-home style care.

Many in home providers have strict age limits. For example two of the ones I called wouldn’t take a “baby” until ten months of age, and they would “age out” of their care by 24 months.

The training that an in home provider is mandated from state to state is vastly different in most cases than that of a facility or center. This may not be inherently a “con” but to me, I want something mandated from the top down.

The family dynamics. I know that if I ran an in-home daycare, I would personally struggle between the needs of my own child and those of my paying customers. I imagine that’s something that monitoring or managing could become a struggle for in-home providers.

Cost! 8/10 times the cost of an in home facility is greater than that at a daycare facility.

Some of the “pros” for a facility/center:

School preparedness and structure. Most group style daycare facilities or centers are run most like a school environment. Which not only helps to prepare your child for the structure and “rules” of school, but it also really helps younger children to see the older children acting and doing things appropriately.

Employed staff members mean that sick days are usually on a call-in system, also like a school. If an employee calls in sick, or takes a trip to Disney–9/10 times they have a replacement available for the day. If not, they are able to re-shift and structure to make up for the missing employee. Either way, you aren’t having to call in to your office and take a day.

Continuous care from infancy to toddlerhood and beyond. One place, familiar faces, and people who will not only learn to KNOW your child but how they best thrive.

Some of the “cons” for a facility/center:

Staff turnover happens, and it can suck. I’ve had a lot of friends who have a go-to childcare worker at daycare get promoted, move age groups, or quit to go elsewhere. Definitely something that doesn’t happen when there’s only one provider.

Waiting lists at a great daycare can be brutal. One place that I called and inquired about had over 100 people on their list!!

Exposure to illnesses with a larger amount of kid population. However, I’m a firm believer that a sick kid is a sick kid. I know of someone who was fortunate enough to have her mother and extended family care for her baby into toddlerhood, and guess what? They still got the occasional sickness or ear infection. It happens.

We decided on a daycare facility instead of in-home. It just settled much better with me as I mulled it over for a few days.

Figure out what’s important to YOU.

I was speaking about deciding where to send her to a coworker whose wife is due with their second two days after I am, and he said something that really resonated with me.

He put it somewhat similar to this…

After he said that to me, it all clicked. I spoke to my husband and we agreed that the most important things to us were safety, and nurturing environments. In my mind, I believe that she can get the educational aspect of her letters and sounds and colors from her teacher mama and well educated daddy. Ideally we wanted her to have all of the above, but if we had a hard decision to make we were going to come down between those two things. Was the facility safe, did they have a staff that genuinely love the children they care for, and did we feel okay walking out of that place without our daughter. If the answers were yes, we wanted THAT over her being able to quote bible verses or spell her dog’s name by age three.

Great, now you are armed with all of your background knowledge.

The next step of getting yourself sorted is to make a list of all of the places that meet what you’ve decided you want. I made a list of all of the infant childcare centers near my place of employment for the immediate need of April, and then another list of centers and facilities in our hometown for August.

I wanted to know ALL of my options. So once I had them all nailed down, I moved onto phase two of the plan.

Check out Part 2 in the Childcare Series here! Are you subscribed and following TheGingerHousewife blog? If you’re not, click the button and get an email alert when we post anything new!